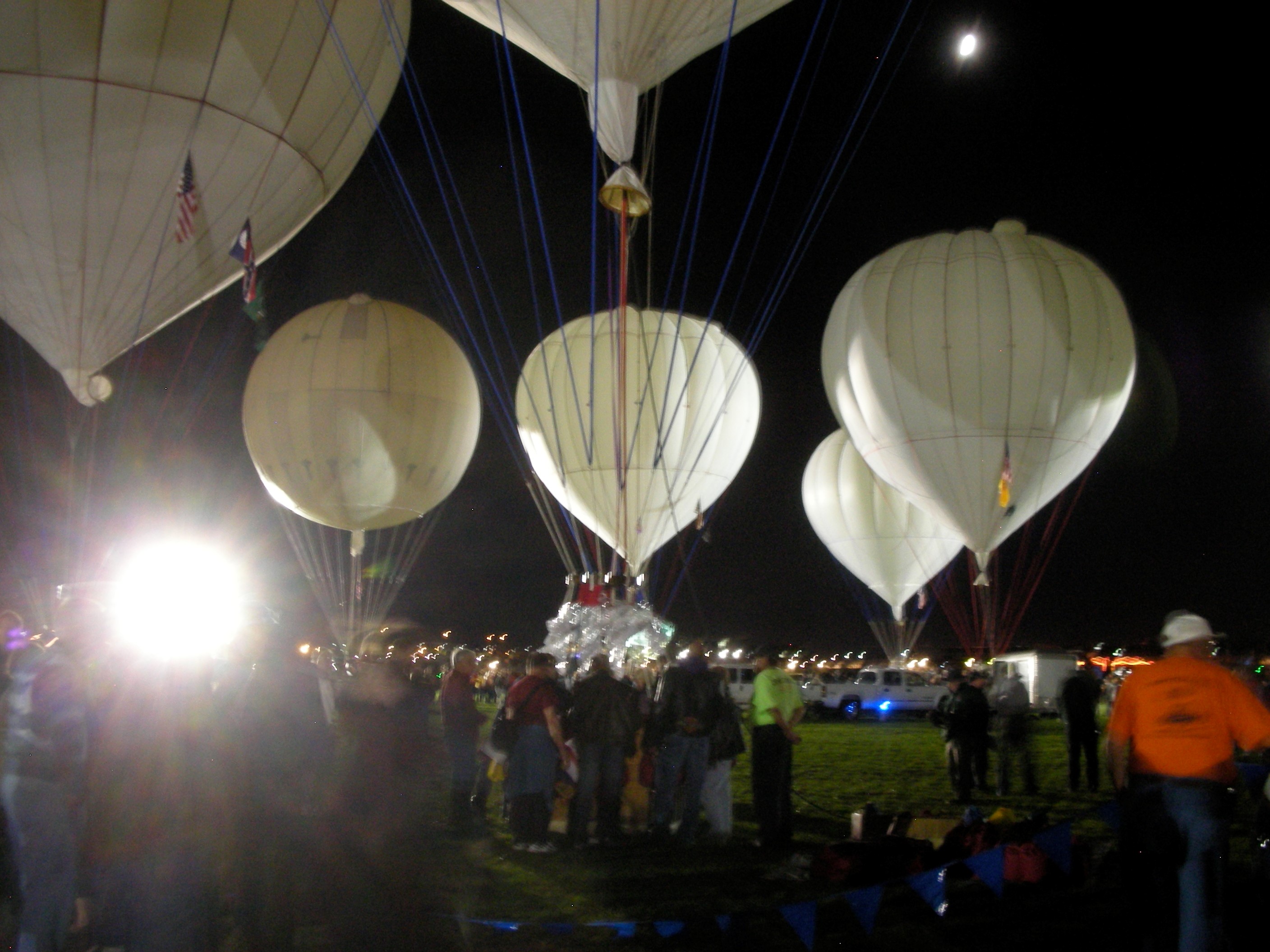 Perhaps the most thrilling of all aeronautic sports is free ballooning. The feeling one has, as the earth rapidly drops away from the ascending balloon, is one that cannot be described in words. The earth becomes a map; cities appear as in Toyland, men as mere specs, and farm-lands as a checker board-each field a different color with just enough woodland to break up the monotony. Here and there a silvery thread winds its way tirelessly toward the sea. Now and then a thin, slowly moving stream of white-a second look we see the cause, an express train steaming rapidly along. Such beauty, such a free bird-like feeling, such calm and quiet!

The extreme quiet that is encountered in a free balloon is beyond imagination. Hardly a sound is heard, no humdrum of the city, no moaning of the wind in the trees of the woodland, no sound of birds or bees; not a breath of air stirring to create sound, for regardless of the velocity of the wind, the balloon drifts along with it at exactly the same speed, so it seems as though no wind is blowing. If you are far out of reach of the sounds of the busy earth, the extreme silence everywhere is impressive.

A large, dark, moving area appears on the earth below. What is it? It is the shadow of a cloud. Slowly overtaking it is a tiny round shadow. Suddenly we find ourselves hidden from the sun, and notice the little round shadow has disappeared. It was the shadow of our balloon.

A look upward-the clouds-a great fleecy mass of gray. The pilot orders "one bag of ballast over" and the aircraft rises as if by magic.

You look about; a fog is forming. No! You are entering a cloud. To your surprise a cloud is nothing more than fog. Soon you are lost to sight from the earth. The air seems cooler and somewhat damp. To right and left, above and below, all is milky white. Often even the gas bag is hidden from sight. You have a feeling of being lost, of complete helplessness. You do not know how fast you are traveling or even in what direction, and furthermore, there is no known instruments to give you this information when in a cloud and out of sight of the earth.

After a while the light becomes brighter, the mist breaks above and you enter the bright sunlight. I say "bright" with emphasis because the lack of impurities at that height, intensified by reflection from the pure white surface of the clouds below, brings forth an infinite expanse of dazzling brightness incomparable with anything ever before seen. Such a spectacle-huge billowy masses, like foam on the ocean waves, like snow capped mountains range upon range, all of the purest white, untainted by the dust and smoke of the busy earth below.

Onward you sail,, now a low place shaded in beautiful contrast with the white masses; now a smaller fleecy cloud apart from the rest, seeming to have strayed away; now a hole in the clouds and again we see old Mother Earth. Its roads appear as lines of yellow, its rivers like threads of silver, and were it not for the trees and fenced-in yards, farm houses would scarcely be visible. This infinite expanse of space arrayed in all its glory can never be appreciated from descriptions-one must actually go through the experience.

At last we pull the valve cord for a few seconds and start our downward journey. We leave the clouds above, and the humdrum of the earth is faintly heard, with train whistles and auto horns. Now voices become audible and people can be seen running ahead and other standing gazing at the balloon. The end of the drag rope strikes, and the basket quivers as the rope whirrs along over the uneven ground. The earth comes up rapidly-we bump and bounce up ten or twenty feet. "Grab the drag rope" shouts our pilot to the group of breathless men and boys running after the balloon. They get hold, slow us down, and we settle to the ground with scarcely a jar. Thus comes to a close a most fascinating, thrilling and inspiring ride.