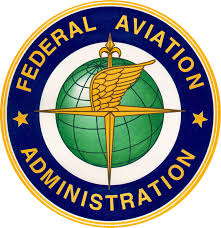 In our monthly call with the FAA last Tuesday, we were informed that the FAA has started the rulemaking process to enact the "Commercial Balloon Pilot Safety Act of 2018".  This Act was included in the FAA Reauthorization Act signed by the President on October 5th, 2018.

The rulemaking will go through the normal Notice of Proposed Rulemaking (NPRM) process so pilots and industry will have the opportunity to comment.  Once the NPRM is released, we will send you the link so you may send a response to the FAA.  At this point the exact language of the rule has not been determined, but we do know it is in keeping with the Commercial Balloon Pilot Safety Act of 2018.  Once the language has been released, the BFA will be able to provide more specific comments.

While the timing is not certain, we anticipate the NPRM will be released by the end of this year or early in 2020 and will take much of the year to complete the comment period, subsequent review of comments, and then the release of the final rule language.

In the meantime, in addition to working on preparing our response to the NPRM,  the BFA has formed a committee to produce various articles on Class II Medicals.  We will also be setting up webinars to help answer member questions regarding medicals and procedures to procure an exemption.  This will also be a topic at one of the AIBF mini-seminars this year at Fiesta.  John Dewitt will be presenting on "Airman Medicals" and "Disqualifying Medications" at the Balloon Discovery Center.

We will keep all members informed as new information is available.